OnePlus 8 Pro: There have been rumors of the new upcoming OnePlus releasing a new 8 pro version with a 120Hz refresh rate display. As you already know the OnePlus 7 pro has a 90Hz refresh display.

The new upcoming 8 Pro is rumored to have a hole-punch display measuring 6.65-inches diagonally, not like the 7 Pro that has a notch-free pannel. OnePlus is now working on its first 120Hz display smartphone. Max J. claims, that the One Plus 8 “Pro” will have the newer 120Hz refresh rate display, while the standard 8 will have the 90Hz as the 7 Pro.

If all the rumors are correct about the OnePlus 8 Pro, this will be the first smartphone to hit the market with an astounding 120Hz refresh display. The OnePlus 8 Pro will reportedly up the ante in the screen stakes with an iPhone 12 rivaling the 120Hz display.

Apple is reportedly plotting 120Hz screens for next year’s iPhone lineup. Recent rumors suggested the iPhone 12 will follow in the footsteps of Apple’s ProMotion iPad Pros with a 120Hz screen, a significant upgrade over the iPhones’ current 60Hz displays. 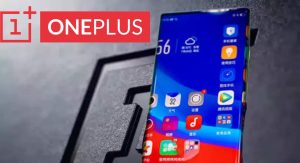 The OnePlus 8 and 8 Pro are expected to arrive sometime in the first half of 2020, likely May. The OnePlus 6 was revealed on 22 May and the OnePlus 7 and 7 Pro were revealed on 14 May.

OnePlus 7T series starts at $500, with the Pro model starting at $699. We would expect the OnePlus 8 series to stay around the same price point, possibly with a slight increase.

One Plus 8 and 8 Pro offer the same processor as each other, which will likely be the latest Qualcomm chipset that will be revealed towards the end of 2019. If past naming conventions are anything to go by, it is likely this processor will be called the Snapdragon 865. There will be a minimum of 8GB of RAM and 128GB of non-expandable internal storage. If one plus the company is feeling generous, you could be seeing 12GB of RAM and 256GB of storage inside the Pro version phones.

Some other features may include a 30W fast charging coupled with a larger battery in the new pro phone. It is also reported that the new 8 pro series will not have the 3.5mm headphone jack, which to many people is a bummer.

OnePlus 8 and 8 Pro look set to feature 6.5-inch and 6.67-inch curved edges, Fluid AMOLED displays respectively. But unlike the OnePlus 7T Pro which is a bezel-less design made possible by a pop-up camera, the new upcoming phones reportedly feature a new punch-hole display that’s quite similar to the one used on Samsung’s Galaxy phones.

The OnePlus 8 may just be the phone to feature Oppo’s next generation of touchscreen technology. The company has recently unveiled the prototype of its groundbreaking waterfall screen and it’s definitely something to see. The phone’s display “flows” over its edges producing the said “waterfall” effect. The new screen is surely a looker — but there are no leaks as of yet of whether that’s gonna carry any additional functionality.

Table of Contents0.1 Once installed, you will get a notification with the disclaimer, just hit agree or accept. Then it will bring you to a page that asks you, name – username – password – then the HTTP link.0.2 NATIVE Read Full Post