Now we are getting some information about a streaming service for the new Note 10 series, according to TechCrunch, we know the service will officially launch in the first two weeks of September.

About The Gaming Software:

Once it has been released, it will be available in the form of a free downloadable app. The only operation this gaming service will work, will be on PC's running Windows 10.

Hopefully, in the future, there will be more operating systems that will be compatible with the service. The gameplay will be streamed simultaneously across the Note 10 and Windows computer.

Samsung has kept gamers in mind when releasing the Note 10 and 10 Plus series. With the PlayGalaxy Link P2P streaming service, you can stream PC games to your Note 10 and keep playing while you're on the move. 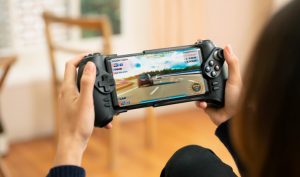 According to Parsec’s CEO and co-founder Benjy Boxer, the company offers ultra-low latency high frame streaming software to its partners. This means the streaming between PC and your Galaxy Note 10 will have very little latency so that you can enjoy the smooth mobile gaming.

The GalaxyPlay Link appears to be a small step in front of the big game streaming services but it’s not too small to neglect. Currently, the service that appears to be exclusive to Galaxy Note 10 series may soon become available to Samsung’s other phones as well.

Streaming service for note 10: We will have to wait and see the full details when the streaming center gets released in the next few weeks. Hopefully, they will add more software to be compatible with all operating systems.