Honda Motor Company Review. Honda has been known to be a great car company. I was always told that Honda are very great cars and are reliable for your driving needs. Another thing about Honda was said they are a respectable company with great service. I can agree with the statements until I bought my first brand new Honda which was in 2012, I then bought a 2014 and then a 2016.

Before I get into the other year model Hondas, I would like to talk about my most recent Honda accord that is a 2016 EX-L model. First off let me start off when I purchased my Accord, it was brand new with only 7 miles on it. The first issue I had with my accord was I noticed the windshield was defected and had a hairline crack in the windshield, I took it to the dealership to get replaced, mind you my car was not even a month old.

As the time with my new car passed, it cam to my attention that I had another issue with my car, now only six months later after purchasing my car, I had an issue with my car battery. Every time I would drive my car, the next day I noticed it was harder to start my car and my battery would drain quickly. At this time I contacted the Honda dealership about the issue, they told me that I would have to pay for the battery to be replaced as the test showed it was a bad battery.

I requested the price for a replacement, I was told it would be around $120. I said the car was still under warranty and that I should not have to pay for the replacement. The dealership told me if I wanted a new battery I needed to pay for it. This was the Honda dealership located in Goodyear Arizona. I refused paying that price as my car was under warranty. I went to Walmart the next day to purchase a battery from them to replace the Honda Battery.

At this time my car had a brand new battery from Walmart, I was so upset that Honda did not stand behind their warranty, so I contacted the Better Business Bureau to file a dispute. After filling my dispute, I waited for a resolution on getting my money back for the battery I purchased. It was now three weeks later when I received a check for the replacement of the battery, now the case was closed.

about a few months after replacing the battery on my 2016 Honda Accord EX-L, I notices my running lights on my passenger side went out, I contacted the Honda dealership about this issue, they told be because my Honda had reached the 72,000 miles just 5 miles over that its now not covered under warranty. So now I had another issue with my Honda accord, now there was nothing that can be done to fix the running light issue without myself paying the price to fix. 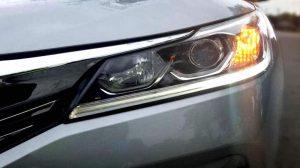 It seems like my car is falling apart, its not even a couple of years old. So the lock on the passenger side door, will not lock or unlock using the keyless entry remote. When I checked the problem, it seems that the locking mechanism stopped working and if I don’t lock it manually, my car will not beep showing its locked.

The beep will not sound because with mechanism is broking, telling the car the door is unlocked. With this happening, my remote start will not work.

My Thoughts About Honda Motor Company

I can say that Honda don’t make their cars like they use to, can they are not as reliable as they use to be. Why would my car start falling apart when its not even a year old? I would say if you are in the market for a reliable car, I would shopping for something else. I would not recommend purchasing a Honda. They do not stand behind their warranty, I had to file a complaint with the Better Business Bureau to get the battery thing resolved.

As for my running lights on my accord, I cannot get this issue fixed as I have now went over my warranty  time. I am stuck with running lights that are broken and would have to pay around four hundred dollars each to replace the who set. I would look at a different company, because you will only have issues if you purchase a Honda. I am taking my business elsewhere and I will never purchase a Honda car with the price they charge for their cheap no good cars.

If you are interested in other Company reviews, I have a section on my website that reviews other companies and how their service is. Come check them out to see if you have the same issues with that company.

TVTAP PRO APK: is an apk used to stream live tv from anywhere in the world. TVTAP is available for Android, PC, and Firestick. You can stream channels around the world. With more than 150 live tv channels from all Read Full Post

EMBATHER Shower Head 20 Stage High-Pressure Hard Water Filter is great for all those who are like me and suffer from having hard water. Here in Arizona, we have the hardest water with tons of containments in our water, making Read Full Post